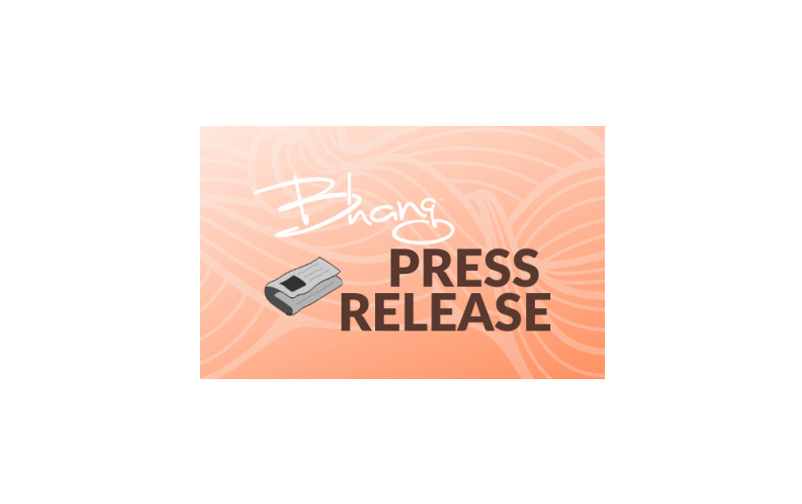 TORONTO, Feb. 12, 2019 /CNW/ – Pele Mountain Resources Inc. (TSXV: GEM) (“Pele” or the “Company”) announces that, further to its November 9, 2018 announcement regarding the business combination pursuant to which, among other things, Pele will complete a reverse take-over of Bhang Corporation (“Bhang“), a privately-held Nevada corporation (the “RTO Transaction“), Bhang Canada Inc. (“BCI“), a special purpose vehicle, completed a private placement financing of subscription receipts (the “Subscription Receipts“) for gross proceeds of $5,905,010.50 (the “Offering“).

Each Subscription Receipt is convertible, without additional consideration, into a unit of BCI (a “BCI Unit“) consisting of one common share of BCI (a “BCI Share“) and one half of one common share purchase warrant of BCI (each whole warrant, a “BCI Warrant“). Each BCI Warrant entitles the holder to purchase one BCI Share at a price of $0.65 per share until 24 months after the completion of the RTO Transaction, subject to acceleration in the event that the volume weighted average price of the shares of Pele (as the resulting issuer) upon the completion of the RTO Transaction (the “Resulting Issuer“) on the Canadian Securities Exchange (the “CSE“) is equal to or greater than $1.00 over a period of 10 consecutive trading days. The Subscription Receipts will convert into BCI Units upon satisfaction of the escrow release conditions (the “Escrow Release Conditions“) set out in the agency agreement entered into among the Agents, BCI, Pele and Bhang on the date hereof.  The BCI Units and the Compensation Options (as defined below) will be exchanged for corresponding securities, respectively, in the Resulting Issuer upon completion of the RTO Transaction.

The net proceeds raised in connection with the Offering, after fees and expenses incurred, and less 50% of the Agents’ Fee (as defined below), have been deposited with Capital Transfer Agency ULC (“Capital Transfer“), as subscription receipt agent. The escrowed proceeds will be held by Capital Transfer until the Escrow Release Conditions have been satisfied.

Founded by professional chef and master chocolatier, Scott Van Rixel, Bhang Corporation, headquartered in Miami, Florida, has been formulating and producing award-winning THC and CBD-infused products since 2010. What began as a cannabis-infused dark chocolate bar has now expanded to a widely-recognized and awarded cannabis brand. Bhang’s chocolate products expanded to include a premium collection of vapes, gums, mouth sprays and Bhang-branded merchandise. Through its licensees across the US & around the globe, from public companies to platinum recording artists and organic food companies, Bhang has mastered the art of harnessing mutually beneficial partnerships to put its products in consumers’ hands. The winner of 9 Cannabis Cups for best edible, Bhang continues to develop and enhance its IP. From its first win in 2010 to its win for best edible in the world in Jamaica in 2014 to its “Best of Burque” win in 2018, Bhang continues to expand its industry dominance by bringing consistent, safe, and delicious products to the world. Find out more about Bhang, by visiting www.bhangchocolate.com.

Investors are cautioned that, except as disclosed in the CSE listing statement to be prepared in connection with the RTO Transaction, any information released or received with respect to the definitive agreement between Pele, Pele Acquisition Corp., Bhang and BCI dated November 8, 2018, as amended (the “Definitive Agreement“) (as filed under the Company’s corporate profile at www.sedar.com) or RTO Transaction may not be accurate or complete and should not be relied upon.

No stock exchange, securities commission or other regulatory authority has in any way passed upon the merits of the RTO Transaction or approved or disapproved the contents of this press release.

Trading in the common shares of Pele has been halted pursuant to the policies of the TSXV and the Company expects that trading will remain halted pending the earlier of the delisting of Pele’s shares from the TSXV and termination of the Definitive Agreement. There can be no assurance that the conditions in the Definitive Agreement will be satisfied or that the RTO Transaction will be completed as contemplated therein or at all.

The common shares of Pele Mountain Resources Inc. are listed on the TSXV under the symbol “GEM” which are subject to a TSXV halt in trading as cautioned above.  Pele is focused on the development of renewable energy projects in Northern Ontario and also holds mineral resource interests in Northern Ontario.  Management continues to seek new strategic opportunities to enhance shareholder value.

This news release contains certain forward-looking information and statements that reflect the current view and/or expectations of management of each of the parties based on information currently available to the parties with respect to performance, business and future events, including, but not limited to, express or implied statements and assumptions regarding the parties’ mutual intention to complete the RTO Transaction and regarding the terms and conditions relating thereto. The use of any of the words “may”, “could”, “would”, “might”, “intend”, “plan”, “expect”, “believe”, “contemplate”, “anticipate”, “will”, “projected”, “estimated” and similar expressions and statements and variations thereof relating to matters that are not historical facts are intended to identify forward-looking information and statements and are based on the then-current expectations, beliefs, assumptions, estimates and forecasts about the business and the industry and markets in which each party operates and as to the outcome and timing of any such future events. Forward-looking statements are not guarantees of future performance and involve known and unknown risks, uncertainties and other factors which are difficult to predict and actual future results and outcomes may differ materially. In particular, there is no guarantee that the parties will successfully complete the RTO Transaction contemplated herein, or that the due diligence of either party will be satisfactory or that the parties will obtain any required corporate, board, member, shareholder, third-party and/or regulatory or other governmental approvals, if any. Accordingly, the reader should not place undue reliance on forward-looking statements and information, which are qualified in their entirety by this cautionary statement. The Company does not undertake any obligations to release publicly any revisions for updating any voluntary forward-looking information or statements, except as required by applicable securities law.

All information contained in this press release with respect to Bhang, its business and operations was supplied by Bhang for inclusion herein. Pele has not conducted due diligence on the information provided and does not assume any responsibility for the accuracy or completeness of such information.

Neither the TSX Venture Exchange nor its Regulation Services Provider (as that term is defined in the policies of the TSX Venture Exchange) has in any way passed on the merits of the Transaction and neither of the forgoing entities accepts responsibility for the adequacy or accuracy of this release or has in any way approved or disapproved of the contents of this release.

Bhang Commences Trading on the CSE Under the Symbol ‘BHNG’